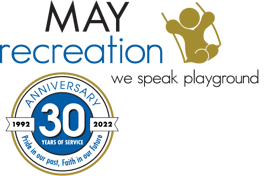 The Consequences of Increased Screen Time for Kids During the Pandemic

When the COVID-19 pandemic unexpectedly arrived in March 2020 many kids across the U.S. went overnight from a normal childhood environment where technology had a limited role to a digital-first world with school districts shutting down and lockdowns preventing outside play.

While the lockdowns eased and some school districts got back to in-person learning, or hybrid approaches, in the fall of 2020, other areas of the country had kids learning online for a full year.

Technology was no longer a nicety but was now a necessity.

“For some, technology is a savior — the lifeline keeping them in touch with friends and helping them maintain social skills; a welcome alternative to in-person school. For others, it’s a failed promise — unable to make up for the gaps in their education, their parents’ lost wages and their own mental health,” wrote Heather Kelly in The Washington Post’s “Growing Up on Screens: How a Year Online Has Changed Our Children.

The increased “screen time” for kids for more than a year has consequences that may take years to unravel.

“The consequences of this unintentional screen-time experiment are still murky, and the effects may take years to understand,” wrote Kelly.

Research from 2020 shows that children’s screen time during the COVID-19 pandemic soared, including:

“Nearly a year into the coronavirus pandemic, parents across the country – and the world – are watching their children slide down an increasingly slippery path into an all-consuming digital life,” wrote Matt Richtel in the New York Times in January. “When the outbreak hit, many parents relaxed restrictions on screens as a stopgap way to keep frustrated, restless children entertained and engaged. But, often, remaining limits have vaporized as computers, tablets, and phones became the centerpiece of school and social life, and weeks of stay-at-home rules bled into nearly a year.”

Qustodio reported that screen times were already on the rise pre-pandemic and likely are not going to subside.

“We now live in a world with an estimated 25 billion connected devices worldwide,” the report said. “The world is not going to return to the way things were, because screen-time rates were already increasing. COVID-19 just accelerated the process. 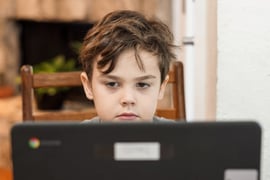 are exposed to more digital and online dangers.

“When our generation was growing up, our parents worried about seatbelts and bike helmets,” said Bark. “Today, children face dangers with technology like never before.”

Bark, which monitors 5.6 million children and their online activity, released its Annual Report: 2020 Research on Children and Technology that analyzed more than 2. 1 billion messages across texts, email, and 30+ apps and social media platforms.

This research offers an insight into what things children may experience online, often without the knowledge of their parents. The annual report found:

The New York Times article pointed out that scientists believe that children’s brains, well through adolescence, are considered “plastic”, meaning they can sift and adapt to changing circumstances.

In a sense, the constant digital stimulation may be rewiring children’s brains.

“There will be a period of epic withdrawal,” Keith Humphreys, psychology professor at Stanford University and former White House senior advisor on drug policy, told the New York Times.

Humphreys said young people will have to learn how to “sustain attention in normal interactions without getting a reward hit every few seconds.”

Dr. Jenny Radesky, a pediatrician who studies children’s use of mobile technology at the University of Michigan, told the New York Times, her advice to parents who have been different if she had known how long this screen time surge has lasted.

“I probably would have encouraged families to turn off Wi-Fi except during school hours so kids don’t feel tempted every moment, night and day. The longer they’ve been doing a habituated behavior, the harder it’s going to be to break the habit,” Radesky said.

A Pew Research Center report from October found that 63 percent of parents with school-age children were more concerned about screen time now than before the coronavirus pandemic. More than half of the parents surveyed were also worried about their children’s ability to maintain friendships and other social connections and about their emotional well-being.

Encouraging kids to go outside and play has benefits beyond getting them to put down their screens.

Dr. Danae Lund of Sanford Health, who specializes in child and adolescent behavior, says among the key benefits of getting kids outside includes:

Creative playgrounds that appeal to kids of all ages can help cut down on screen time. Contact May Recreation today in East Texas to find out how we can bring your playground vision to life.